All-round entertainer, Lunga Tshuka has grasped onto the funnier
side of life – not to slander everything that crosses in his path, but to
simply make people happy.

When it comes to raw talent, Cape Town is filled with it, but very
rarely do we come across a comedian like Lunga, who is also an MC,
Breakdancer and a beatboxer. With a flair for mesmerising an
audience, Lunga is the perfect choice. Being a jack of all trades offers
a winning hosting opportunity, with a refreshing approach to each
performance.

All of these qualities add heart to his stage presence, giving his
spectators a mix of talent, charm, music and dance. Those who see
Lunga on stage can also witness him holding harmonious notes, with
spot-on imitations of singers such as Maxwell, and old school
legends, like Louis Armstrong and well known rock band The
Darkness.

At school, he was always classified as the class clown. The stories of
his daily life were accompanied by something original, and funnier
than usual.

Currently the resident MC for RAW (Real Art Wednesdays) open
mic platform for various types of talent, Campari Make It RED
Convention and He also was a co-present on a pilot of TV show
called Trojan Warriors, Starred as a Featured extra in international
TV Series called Dominion season 2 – to name a few.
In 2012, he decided to give it a shot, and entered his first comedy gig
at an open mic session. Comic, Gino Fernandez, saw him perform and
gave him a slot at Southfield’s Chilli Bar. 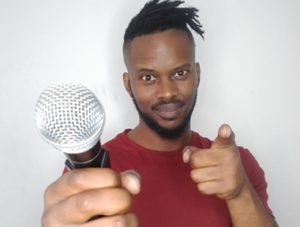 To make a booking for Lunga Tshuka please contact Big Talk Entertainment and we will assist you further.

MAKE A BOOKING OR AN ENQUIRY